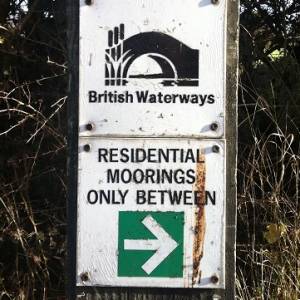 The Canal and River Trust have announced that for the duration of this week only, (29th March – 4th April) boats may remain on designated visitor moorings for one hour longer than the usual specified time. This will mean, for example, that a four hour mooring will become a five hour mooring, and a twenty four hour mooring will become a twenty five hour mooring. The week long period of “leeway” is intended as a goodwill gesture, to allow boaters to adapt to British Summertime following the recent adjustment of the clocks on 29th March.

A CRT spokesman said, “We realise it’s not easy for boaters to plan their cruises during the week that follows the Daylight Saving adjustment, and felt it was reasonable to relax our mooring guidelines to make planning a canal trip more manageable at this time of year. Many leisure boaters take their first cruise of the season in April and the canals can become very busy. It is our hope that this modest time extension will provide a margin of flexibility for boaters who find it difficult to comply with the usual cruising guidelines.”

The 1995 British Waterways Act defines “Bona Fide”navigation as “travelling without remaining continuously in one place, unless recent Daylight Savings adjustments make it difficult to do so.”

Phil Bassett of Boatshed Grand Union commented: "This is definitely a step in the right direction. We hope that CRT will now consider adopting the "Bar Amendment" -Whenever the time at which a boat should leave a visitor mooring falls within the opening hours of the nearest public house, the mooring time will be extended to last orders plus one hour or 'till the end of lock-in time; whichever is the later.

We have been lobbying for this common-sense amendment for some years."

The Trust have made it clear that this amnesty applies only to navigations managed by the Canal and River Trust and will not apply to tidal waterways or Environment Agency waters. CRT moorings consultant April Fuel said, “This initiative has been introduced following extensive consultation with boaters groups across the network, and if it is a success we will probably implement it every year from now on; although of course it would not be appropriate to offer this reprieve on a leap year. Given the extra day in February we would then expect boaters to vacate visitor moorings a day before they actually arrive.”

Have your say on this contraversial issue on Facebook.

Read more about mooring regulations and guidelines in our free ebook: Living on a Boat: The Boatshed Guide