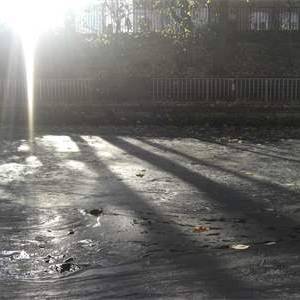 Icy, windy weather and planned maintenance works on the canal can make continuous cruising more difficult for live-aboard boaters during the winter months. So the Canal and River Trust offer dedicated winter moorings across the country for those who are looking for a temporary mooring during this colder time of year. However, the Canal and River Trust have made a few changes to winter moorings this year.

In previous years winter moorings were sold through the Trusts moorings website but this year they are to be sold on the CRT licensing site. Current licence-holders are expected to register online in advance of the 1st October when the site will be open for bookings.

This year, CRT have also opted not to offer winter moorings in central London, where mooring space is at a premium. The idea is to allow visitor spaces for the large volume of boaters visiting the city centre: Winter moorings will still be available in greater London.

3) Some Boaters May Not Be Eligible

Winter moorings will be available across the network from the beginning of November 2015 to the end of February 2016. Boaters can book a mooring for one to four months and will be charged per metre of boat length per month. However, CRT have warned that boaters who do not meet their licensing requirements may not be eligible. For example, it is a condition of the continuous cruising licence that a boat should continue its journey every 14 days. Both continuous cruisers and boaters with a home mooring are eligible to apply for a winter mooring.

After a trial period of offering a type of roving winter permit the Trust have reverted back to their usual winter mooring practice, which is to offer winter mooring permits for designated sites only. This decision was made without boater consultation, after taking legal advice about the roving permit trial.

Canal and narrowboat discussion groups on Facebook have been a forum for lively debate, in response to the changes this year.

Some boaters were disappointed not to be consulted about the decision to end winter roving permits. Most boaters understand the need for restrictions in congested areas like central London, but some are questioning restricting mooring choices in the more rural and less crowded locations. Facebook comments indicate that some would rather continue to cruise throughout the winter rather than take a mooring in an inconvenient location.

One boater commented that, for the last two winters they had taken a towpath permit at a small village on the Grand Union, but that this year the price has been increased from £120 to £245. This has encouraged that particular boater to choose continuous cruising rather than taking up a winter mooring. Another boater wrote that the increase in cost would make it the same price as many marinas.

“I agree totally with all said,” writes one liveaboard mother. “This year the winter mooring offerings in the south east where l like to winter-moor are dark and isolated with poor transport links, amenities etcetera, so CRT are also losing my funds. l can continuously cruise between the winter mooring locations offered and stay in much nicer spots.”

How do these changes affect you? Will this affect your cruising plans this winter? Have your say on our Facebook page.

Details of this year’s moorings sites and fees, are available on the CRT website: Winter mooring price list.