Boatshed Grand Union
How to go Geocaching Without Leaving the #Canal
Wednesday, 06 August 2014

How to go Geocaching Without Leaving the #Canal 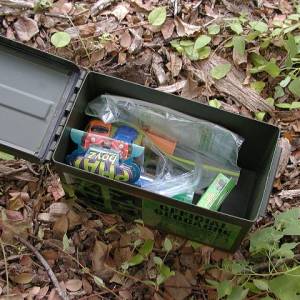 I’ve never tried geocaching but my friend was telling me about it the other day and said that it’s great fun with kids. I love to get outside exploring the countryside and the canals but this could add an extra element of adventure to a country walk, cycle ride or boat trip.

The idea is to use a GPS receiver or mobile device and other navigational techniques to hide and seek containers, called "geocaches" or "caches". The activity first began in 2000 in the USA but there are now geocaches all over the world.

The container is generally a small waterproof box where you’ll find a logbook and a pen or a pencil. The geocacher writes down the date they found the book and signs it with their own code name. The cache is then returned to the exact same place that it was found. Sometimes larger containers such as Tupperware boxes or ammunition boxes contain toys, trinkets or “treasures” for trading. Participants may take any items from the cache in exchange for leaving a replacement object of similar or higher value. The treasure items may be unusual coins, buttons, CDs or books. The objects are usually of minimal monetary value.

Some items are moved from cache to cache and these are known as “hitchhikers”. Their travels can be logged and followed on line and some have specific goals or destinations. They could even have a race against another “hitchhiker”! The logbook, pencil or stamp must remain in the box.

Geocaching shares many characteristics with treasure-hunting and letterboxing. The location of a geocache is posted on a listing website along with some coordinates to assist the geocacher in their search. If a geocache goes missing or gets damaged by those who are not taking part it is said to have been “muggled”. This is an expression borrowed from the Harry Potter books and those who are unfamiliar with geocaching are called “muggles”! J.K Rowling's books were rising in popularity around the same time that geocaching took off.

You can try geocaching yourself without even leaving the canal. There is a series of caches along the Grand Union. It started with one participant placing items through Berkhamsted in Hertfordshire, but it has now been extended by other teams placing items further afield. If you want to try this one there a good road and rail links all along the Grand Union canal, but of course it could also be attempted by boat, or bicycle!

What other more unusual hobbies or pastimes could be done along the canal? Let us know on Facebook or Twitter.