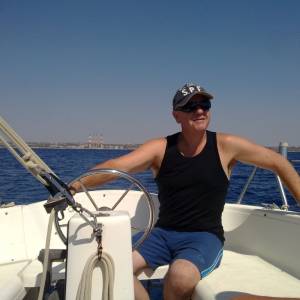 Last week we registered our 500,000th customer, and the growth of our international group continues with a new office opening in Cyprus this month.

Chris Curry has just launched Boatshed Cyprus and has been travelling in and out of Cyprus for more than 10 years, plus bought a house there five years ago.

Where are you from Chris?
I am originally from Newcastle upon Tyne in England, and my wife Nedina is from Lovech in Bulgaria. We previously lived in Bahrain as I moved there from the UK in early 1998.

Where did your interest in boats start?
I am from North Shields and went to school In Cullercoats, which is a small fishing village, so I have never been far away from boats and the sea.

What made you become a broker?
Cyprus is improving its leisure facilities and expanding the number of berths available and I believe that introducing Boatshed to Cyprus is complimentary and probably bordering on being classed as a necessity. The economy is in trouble here at the moment so it is a good time to be building the foundations for the future developments.

What is your current boat?
I’ve got the boat that's often criticised by the purists, a Macgregor 26x, so I am not a proper sailor, not a powerboat man and not even a fisherman!

What are your hopes for the future?
I hope that Cyprus will complete the planned work on both Limassol and Larnaca marina's and become a major centre for boating in the Med. It certainly is positioned well and should use that advantage fully.

What else is interesting about your new brokerage?
Only that if Nedina is in the office we can speak to clients in at least four different languages, five if you count Geordie!

New here? Follow us on Twitter to hear of new listings, and regular boating, sailing and brokerage news. 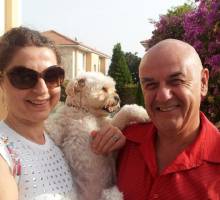