The Little-Known Village Every Canal History Geek Should Know 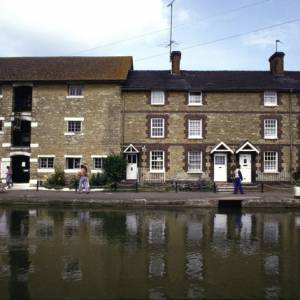 Stoke Bruerne is a great place to visit at any time of year if you are a canal enthusiast, because it’s a small Northamptonshire village that flourished in Britain’s canal age. It is now home to The Canal and River Trust's canal museum and is a popular tourist destination in the summer.

The canal museum is right on the canal side, in a restored corn mill at the top of a lock flight, just south of the Blisworth tunnel (the longest wide, freely navigable tunnel in Europe). There are models of narrowboats, butties, barges and tugs, painted ware and canal crafts, traditional clothing, canal-side signs and specialist tools. Using films, collections and exhibits the museum tells the story of the role the canals played in the industrial revolution and the families who worked on the boats. There is also a shop and café, and an activity room available for school visits. There is an opportunity for children to dress up in traditional canal costume.

Stoke Bruerne also appears in the classic Ealing Studios film Painted Boats (1945), which was filmed at the end of World War II and is a docu-drama about two families working on canal boats at the time when cargo carrying on the canals was in decline.

If you’re interested in historic vessels we have a Dutch Barge 19m Tjalk for sale, built in Northern Holland in 1909. Priced to sell, it would make a great liveaboard for a couple or family. Jan says, “Mostly refurbished, there is still some work to be done, but the thrill of maintaining an historic vessel such as this is worth the challenge to the right owner.”

There’s more information about the canal museum and events on the Canal and River Trust website.

If you missed Boatshed Jan at Stoke Bruerne last weekend come along to the historic boat rally at Braunston on 27th and 28th June. Look out for her tugboat Storm (pictured below). She would be happy to chat about buying or selling a boat. If you are seriously thinking of selling, grab yourself a copy of our free eBook How to Sell a Boat: The Ultimate Guide. 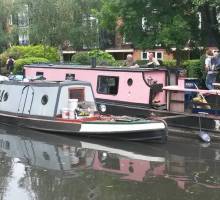 One of Jan's boats: Storm