What CRT Won’t Tell You About Continuous Cruising 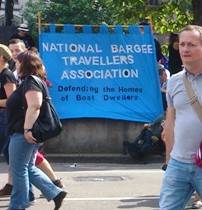 I am guilty of using a controversial blog title there, because in reality CRT will tell you plenty about continuous cruising on their very helpful Canal and River Trust Website. But for those that are new to the wonderful world of canals and narrowboats, you may not know there is a state of continuous argy-bargee (to use the technical term) regarding the Canal and River Trust Guidance for Boaters Without a Home Mooring.

By law, a boat must be used for ‘bona fide’ navigation, which means not staying in the same place for more than 14 days. The Trust have interpreted this law as meaning,

“You must use the boat to genuinely cruise in a mainly progressive fashion (A to B to C to D rather than A to B to A to B) from place to place and must not stop for more than 14 days in any one place.”

I lived on a boat for 13 years, both with and without a home mooring, sometimes continuously cruising and sometimes just taking a winter mooring. The boating community regularly debate the definitions of “place” and “progressive journey” and other related terms, particularly in busy areas where the number of visiting boats exceeds the number of available visitor moorings.

This week the National Bargee Travellers Association published a press release suggesting that distance is not important in continuous cruising.

The NBTA aims to represent the interests of all live aboard boat dwellers including (but not limited to) upholding minority demographic rights, lobbying the government and defending the legal rights of members.

The press release reports that last year a judgement in a Section 8 case confirmed that it would be unlawful for Canal and River Trust to set a minimum distance that continuous cruisers must travel to comply with the law. However, CRT has not published this judgement, unlike other judgements in section 8 cases. (Hence my provocative headline above.)

Interestingly the judgement makes this comparison;

“To take an extreme example, in its heyday, the Mersey Ferry operated continuously to and fro over the same stretch of water which is less than a mile wide. No one would ever have accepted the suggestion that the ferry boats were not bona fide used for navigation throughout the period of their operations.”

It also points out that,

“If those who are causing the overcrowding at popular spots have home moorings anywhere in the country the present regime cannot control their overuse of the popular spots. Such an owner could cruise to and fro alongthe Kennet and Avon canal near Bristol and the home mooring could be in Birmingham and totally unused.”

I’m not going to personally comment on these findings because I usually like to steer clear of any argy-bargee, but I do think it adds a little spice to the ongoing debate!

Thanks also to Keith J Chesworth for making the image of the Mersea Ferry available under a Creative Commons licence. 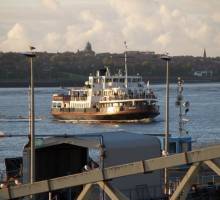