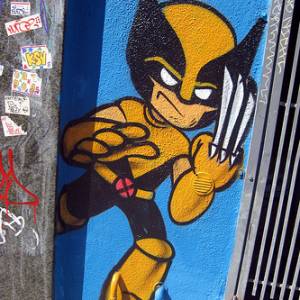 So, you like boats huh? Why not use your passion for good, the way a canal boating superhero would? Imagine a hero that flies at 4mph with a cape decorated with roses and castles, and armed only with a spanner and a trusty pot of stern gland grease, fighting for the future of our waterways! Hmm, maybe Super-Canal-Man isn’t one of my best ideas, but I’m here to tell you that some non-profit making community organisations do more work for the community than you could ever know!

The 7 directors of the Blisworth Canal Partnership all live in the village of Blisworth and although the organisation only formed in late 2009 they have already achieved a lot in their local area. Their annual canal festival held every August now attracts around 18,000 visitors raising valuable funds for improving their local environment around the Grand Union canal.

This weekend on 10th and 11th August the towpath will host trip boats and trading boats, bunting and gazebos, and the festivities around the village include pony rides, rural craft demos, a laser arena, a children’s fairground and more. If you’ve never been to Blisworth it’s just up the Cut from Stoke Bruerne and is home to the Blisworth Tunnel. Have you ever seen a traditional blacksmith in action, or had a go on a mobile bell tower? There really are more attractions than you could imagine!
Blisworth Canal Festival.

Another way a local community can “protect and serve” their canal is to get involved with community boating. The National Community Boats Association is an umbrella organisation representing UK inland waterway community boating groups.

The NCBA network of organisations promote access to the waterways for all, including disadvantaged and excluded groups. Follow their blog to find out about trip boats, residential boats, day trip boats for wheelchair users, residential boats for wheelchair users, boats suitable for youth groups, boats offering educational links with the national curriculum, and boats offering facilities for rehabilitation. Get inspired by how you can help your community to get boating, or improve your own super-powers by taking an NCBA approved training course.

Our own super-powers here at Boatshed are simply selling boats. We’ll stand shoulder to shoulder with you while you buy or sell your boat, making the process painless and easy. We don’t have capes though. Or tights. We’re quite normal really. Honest!

Image credit: Thanks to Wally Gobetz on Flickr for making this image available under a Creative Commons licence. (The Mini Super Hero Mural, by Keb, Wand and Buter of the ICP Crew, adorns the wall on the north-western corner of 19th Street and Mission Street, San Francisco.)

You may also like:
Living on a Boat: The Boatshed Guide (free) / Thinking of selling your boat? / Narrowboat interior second to none. / Don’t miss: The Boatshed Grand Union Daily/ A slideshow of our boat of the moment./More articles.